BPD Comorbidities: What Conditions Can Co-Occur with Borderline Personality Disorder? 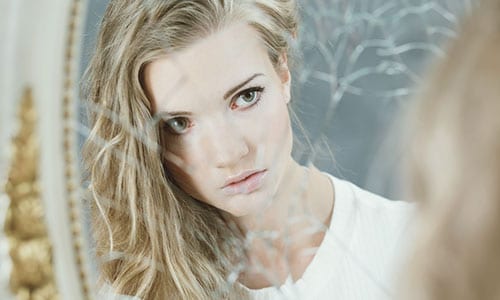 Borderline personality disorder (BPD) is a condition that is often hard to provide an accurate diagnosis for due to several factors. The first being it remains one of the more stigmatised mental health conditions and as such, receiving the proper treatment is more of an uphill struggle than it should be. In a study published in Frontier Psychology, it was observed that adolescents seeking treatment for BPD faced far more suspicion than those seeking help for other psychiatric disorders.

But the biggest variable that often makes accurately diagnosing borderline personality disorder so fraught is that several of the most common symptoms of BPD mimic those of other mental illnesses. But not only that, the individual in question may be suffering from more than one related condition. In fact, some researchers have estimated that as many as 1 in 4 people with BPD have another related condition (BPD Comorbidities).

Why BPD Gets Confused with Other Mental Health Conditions

One of the primary reasons why BPD and many other mental health conditions are hard to diagnose is the element of human error. At present, there are no objective lab tests or procedures that can provide a 100% accurate picture of someone’s mental health. It’s a process that still relies heavily on the discernment of a psychiatrist, which is also accompanied by the variables of experience, skill level, in-built biases and more besides. Another well-known factor is that symptoms can and often do overlap between conditions. So just as a fever can a symptom of multiple different physical conditions, a state of apathy may be indicative of any number of mental health conditions. And of course, there is then the biggest variable of all that needs to be taken into consideration – the individual, themselves.

The link between BPD and eating disorders has been well documented and tends to appear in adolescence and young adulthood, and can often occur at the same time. It’s been estimated by some researchers that around 54% of people suffering from BPD have a history of eating disorders. In fact, from a sample study, BPD has been observed in around 25% of patients with anorexia nervosa and in around 28% of those with bulimia nervosa. What makes this finding significant is the general prevalence of eating disorders in the general population is approximately 5-10%, making this more statistic far outstrip expectations and this confirming pattern between the two conditions.

Both BPD and eating disorders associated with histories of childhood trauma, relating to physical, sexual and emotional abuse. It’s been surmised that when BPD and eating disorders co-occur with one another, it is usually BPD that develops first. The resulting food-related issues initially present as a symptom of the underlying borderline personality – as a way of seeking and maintaining control – which then, over time, turns into a full-blown condition requiring a specific treatment plan all of its own. And it’s because of this that the link between the two needs to be understood properly, so the two conditions can not only be treated separately but all also in the correct order.

It also worth noting, while the relationship between BPD and eating disorders isn’t officially recognised as being causal, some researchers have offered input as to why this might not be true. The reason for this being that both BPD and eating disorders are the result of many of the same overarching influences that extend to biological, psychological and environmental factors. When a child experiences teasing due to their weight while also in a state of distress caused by their parentage, these two seemingly separate influences coalesce and synergise with one another.

As with eating disorders, the reliance on substances can often be a way for the individual with BPD to exert control over their life. This, though, can often turn into cycles of abuse for those on the more severe end of the spectrum, as they look to find temporary relief from their emotional distress. The prevalence of substance abuse tends to vary based on gender with there being more of a trend towards men than women.

A major issue in those trying to discern whether or not they have BPD while at the same being in a cycle of substance abuse is that symptoms of BPD can be markedly increased. Heavy reliance on drugs and alcohol can exacerbate instability, impulsivity, and interpersonal issues and also lead to suicidal thoughts. And because of this, it can be hard to tell where the substance ends, and the BPD begins, meaning that many people – men in particular – can go undiagnosed and therefore untreated.

For those that display both bipolar II and BPD, there is something of a compounding effect that takes place with regards to the severity of symptoms. This is particularly true of emotional regulation, impulsivity and difficulty in maintaining focus on interests and goal-oriented tasks, which can have a significant impact on an individual’s professional life. And as the frequency and intensity of these symptoms increases, it can lead to a degradation in the mental health of the individual, placing them at a higher risk of engaging in self-harm or suicidal behaviours.

Common Traits That Cross-Over Between Bipolar and BPD include:

Borderline in the Act (2021) BPD and co-occurring disorders. Retrieved on 28th April 2021 from, https://www.borderlineintheact.org.au/living-with-bpd/bpd-comorbidities/

Everyday Health (2021) Is It Borderline Personality Disorder or Something Else? 6 Mental Health Conditions That Occur With BPD. Retrieved on 28th April 2021 from, https://www.everydayhealth.com/bpd/borderline-personality-disorder-something-else-mental-conditions-occur-bpd/