Could You Be Suffering From “Learned Helplessness?” There are times when we’re up against it, and more often than not, we rise to and rise above situations that are challenging us. We would like to believe that this would be the case every time we encounter hardship. However, there is significant research that shows the more often we experience oppressive circumstances, the more likely we are to succumb to the feeling of helplessness – or as in the case we’re talking about here, ‘learned helplessness.’

What is Learned Helplessness?

Learned helplessness was a term first coined in 1967 by American psychologist Martin Seligman and Steve Maier. It originated from an experiment conducted on a group of dogs. The study involved observing the behaviour of the animals as they were subjected to electric shocks, while some were given the opportunity to escape and others not. It was found the dogs who couldn’t escape the shocks simply stopped trying after repeated cycles of the experiment – even when they were given the chance.

And so, learned helplessness, taken within this context and applied to a human behavioural framework, occurs when an individual continuously faces negative circumstances, they are unable to control. Over time, this causes the person to give up hope. They resign themselves to the fact that nothing can be done even when their circumstances change. For example, someone with substance abuse issues, may repeatedly try and fail to overcome their addictions. This, in turn, leads them to believe that nothing can be done and to simply accept their fate.

Take the example of a student who isn’t particularly gifted when it comes to maths. As a result, this person invariably performs poorly on their assignments and exams. Nothing ever seems to change for this individual. And so, they feel as nothing will ever have an effect on their performance. As a result, whenever they’re faced with anything maths-related in later life, they seize up, display apprehension, avoidance and other defensive behaviours to get around being placed in that position helplessness that they’ve programmed themselves to revert to whenever they’re faced with the same challenge.

Another example, that is perhaps more commonplace is someone who is intensely introverted and anxious in social situations. After living with this disposition for so long, this person may feel that their situation is ‘unfixable.’ They may see that there is no way to overcome these symptoms. And the feeling that their mental health is so out of their control may lead the individual to completely withdraw from social engagements entirely. Thus, it perpetuates the cycle and results in making them feel even more intimidated in the company of others.

Learned helplessness most often originates during childhood, and is most prevalent when unreliable or irresponsible caregivers form part of the child’s main support network. When this is the case, the feelings of learned helplessness tend to manifest in the formative years of a child’s upbringing. It’s also been observed that children who’re raised within institutionalised settings can develop learned helplessness in early infancy.

Much of the feelings of learned helplessness during childhood are linked to the idea of abandonment. At this stage of development, children need absolute reassurance that there is someone there to catch them they fall, so to speak. When a child needs help, but no one comes to their aid they’re left with the idea that they can do nothing to change their situation. They prematurely take on the role of being their own care provider, which they simply can’t reconcile in their young mind. If this happens repeatedly, it leads to the embedding of this idea of helplessness.

Some common symptoms of children experiencing learned helplessness include:

It’s also been well documented that learned helplessness is a significant contributing factor to generalised anxiety disorder (GAD). Learned helplessness may influence the onset, severity, and persistence of the condition. For example, if you’re experiencing chronic anxiety, you may eventually give up hope that you’ll find relief because the way you currently feel seems so all-encompassing and unavoidable – and hence untreatable. And that’s simply not true. But despite this, many people who’re are in need of help will often refuse, believing their problem to be futile.

How to Overcome Learned Helplessness

As learned helplessness is – as the name suggests – a learned condition relating to behaviour, there are steps that you can take yourself to begin the process of reclaiming your power. Just as you can give away your agency, you can also regain it. Here are some steps you can take in your own time to help alleviate your helplessness:

1. Do Not Passively Accept Your Helplessness

The first and perhaps most important thing you can do for yourself is to actually do something. And that means, quite literally anything. You need to invoke the ‘law of action.’ Even if your attempts to change your circumstances aren’t successful, the whole point of trying is to make sure at the very least that you’re not reinforcing your programming. It may take – and most likely will take – more than one attempt to turn things around. But you need to come to the understanding that doing nothing will simply perpetuate your circumstances.

Next, your internal dialogue and the way you speak to yourself is vitally important. If you’re constantly using negative or derogatory language to describe your circumstances, your efforts to change them and yourself in general, it simply creates more of the same. And for this, you need to develop a practice of mindfulness to guard against any of these negative statements creeping into your internal narrative. For every time you catch yourself saying, ‘I can’t,’ interrogate that thought. Question it. Is there actually a good reason why? Change your attitude from one of the defeatism of, ‘I can’t,’ to the optimism of, ‘I will try my best.’

3. Be Consistent In Your Efforts

Finally, you must recognise that things will take time to change. If you’re so entrenched in limiting ways of thinking, you’re going to be playing the long game. It takes time to create a belief system that is based on the willingness to engage in addition to encountering the inevitable setbacks on the road to reclaiming your agency. The key thing to remember here is perseverance. If you’re coming up against a brick wall, try something else. Don’t feel wedded to a particular ideology if it isn’t serving you. Use your intuition and internal guidance to discern how and when to act. But most of all, ensure that you don’t use your doubt as a way to excuse yourself from taking any action whatsoever.

Very Well Mind (5th Apr 2021) What Is Learned Helplessness and Why Does it Happen. Retrieved on 25th May 2021 from, https://www.verywellmind.com/what-is-learned-helplessness-2795326 5 Adult Bullying Tactics and How to Diffuse Them 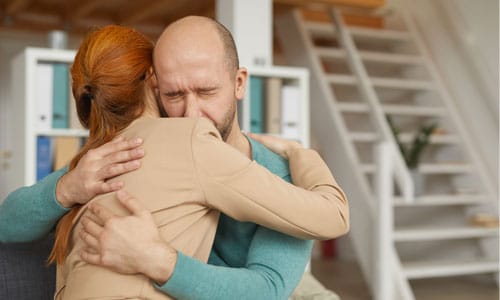