Anger is one of the fundamental emotions we experience along with happiness, sadness, fear, disgust and surprise. It’s natural for it to arise in certain situations as a response to environmental stimulus or triggers we find offensive or even dangerous. When channelled in the right way, it can serve as a healthy release of pent up frustration. It can be a catalyst and motivator for change. But when left unchecked, it has the potential not only to cause damage to your relationships, but also your physical and mental health.

When someone is triggered into the anger state, it activates a section of the brain known as the amygdala. It is part of the sympathetic nervous system and the part of the brain responsible for processing emotions before you’ve become aware of the way you feel about an event. It works at incredible speed, processing information in milliseconds, serving as the fight or flight mechanism that allows us to act first and think later in times of extreme danger. It’s undoubtedly an essential function, the problem arises when this state becomes the norm.

It has been widely accepted by many peer-reviewed studies that when anger occurs, blood rushes into the frontal cortex, clouding judgment and thus impairing the ability to make rational decisions. This is exacerbated further by elevated levels of cortisol, which contributes to a loss of neurons in the pre-frontal cortex. The increased cortisol also kills neurons in the hippocampus, disrupting the creation of new ones, impairing short-term memory and reducing the amount of serotonin, which can lead to depression.

But it isn’t just the brain that takes a big hit during states of frequent and prolonged anger, the risks to cardiovascular health have been equally well-documented. When our levels of anger increase, the body releases higher levels of fatty acids and blood sugar into the system to provide the energy to survive the threat it perceives to be in our midst. However, over time, these fatty acids accumulate in the arteries causing blockages, which increase the risk of heart disease.

Anger and the associated stress has also been shown to lead to disease and other physical ailments, ranging from rashes to serious cases of cancer. It is entirely possible to think – in the case of psychosomatic symptoms – or in this case feel yourself into a state of ill health. This is why it’s so important not to write off episodes of anger as trivial occurrences, a personality quirk or something that we have no control over. Because the truth of the situation is our anger has very real power over us, and unless we take steps to keep it in check, it can play havoc in all areas of all life. Why Do We Enjoy Violence? 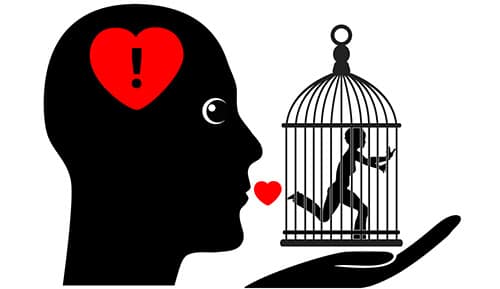